2018 was my weakest writing year to date.

I maybe published three posts, and they weren’t strong pieces either.

It was honestly one of my weakest years in all respects. I’m no stranger to depressive episodes, but I’ve never fallen as deep into a rut than when I lost a good friend of mine in December 2017.

While trying to process that and mourn, I was working one job from 6am to 2pm and another job from 6pm to 11pm five, six, seven days a week for months. I spent the holidays working and away from family. I was in a toxic relationship in which my boyfriend was living off me. I did a favor for a friend and watched his deceased mother’s two cats and they wrecked my house and made my life hell for weeks longer than scheduled, and a bunch of other random things happened that further drained my already tanked energy and motivation.

And as far as my friend Mateo’s death, I couldn’t get to the memorial service, considering it was across the country in California, and I only had one reliable source of information regarding what even happened, and I still don’t know the truth. I never will, and I can’t find peace settling with any of the stories. It all hurts. It all sounds absurd. I had just seen him a few months prior…

I felt so much in so many directions that I eventually settled into an emotional catatonic state. I didn’t feel like myself, or anyone. Feeling like anything would guarantee a complete meltdown, and I had responsibilities. That’s apparently not how this stuff works, and my implosion was inevitable.

I’m doing a whole lot better, but I feel like I’m still putting myself back together over a year later. Maybe I owe myself more credit, but that’s the thing. I don’t feel like I’m doing something unless I’m doing, gaining, earning. But last year seemed to be full of loss. I lost friends, I lost jobs, I lost enjoyment in a lot of activities, I lost material things like my computer, my car, my savings, my growing liquor collection, I lost the respect I have for some of my relatives. Loss rarely feels like progress or an achievement. I couldn’t feel myself strengthening, only falling apart. Especially when I tried to DO, I tried to GAIN, but my attempts only led to more loss.

I sense that 2019 carries a different theme. I sense that different theme as not a turning of the tables, but a continuation of the work that’s been going on in my life. I’ve suffered loss, I’ve cleared my life of things unhealthy or not meant for me. I sense 2019 taking the perspectives I’ve developed through loss to help me decipher and pursue worthy gains.

And I think of Mateo.

Because after moving so many times I refused to get too close to anyone, and I was open about not claiming anyone as my best friend. This offended Mateo, and he immediately changed my name in his phone to “Best Friend” and changed his name in my phone to the same. He emphasized it every time he greeted me thereafter.

My #1 supporter in any and everything I wanted to do.

Back in high school when I decided to try selling my knitted and crocheted accessories, Mateo bought several hat/scarf sets from me and never failed to post pictures of the pieces online. He marketed my hats better than I did.

When my mom needed a blood transfusion, and I didn’t have anyone to take me into Beverly Hills to the hospital, Mateo picked me up. He spent time with me in my mom’s room keeping her company and making her laugh for a while.

When I needed my high school transcripts to get into Temple University, Mateo went to the school district office for me in California and paid for them to fax the documents. I still remember him calling me as he was leaving, ” I worry about our education system, Stormy. I’m glad we already graduated. It was $3 to fax the transcripts. I gave them a ten. Stormy. They gave me $8 change. Eight dollars!” He’s contributed more to my education than my parents have.

Any time we would catch up with each other since school, he was never without words of encouragement in whatever I was working on at the time. He just had such a sureness about him, whether he had a plan or not. My neurotic self relied on his confidence in things working out a lot.

Today, February 28th, is Mateo’s birthday. I don’t know a better motivation to push myself out of this inactivity than to honor my best friend by doing the things I enjoy that he always encouraged me to keep up. So I’m writing. And I’ll keep writing. And I’ll keep working on being as great a friend to the people I love that Mateo was to me. And thanks for sticking around through my hiatuses. 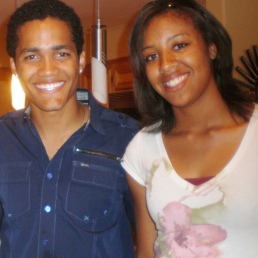 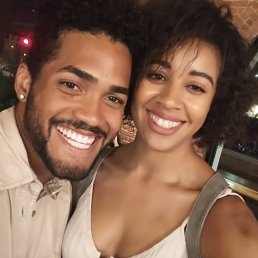 You know those random facts and obscure skills that fill the space in your mind you need for stuff that will actually help you in life? I actually utilized one of those the other day! And I got a new friend.

I was working at the pizza shop, and a call came through. It was a representative of the local college asking us to be a part of this event they were putting together on campus. We had apparently participated in the past. I remembered taking this same call last week, so I asked him for his name and number this time to give to my manager. He said it was his cell number and I started writing it down. 951…

“Wait a minute, are you from California?”

“Your area code. I’m from Corona!”

I’m glad there weren’t any customers in the shop, because they would have been waiting a while for pizza. We had a lovely conversation, Mystery California Caller and I. Talking about California, how we ended up in Philly, yadda yadda, words and phrases.

New Friend called yet again today. My manager has yet to return his message. He introduced himself on the phone and I cut him off.

“Is this my California friend?”

My assistant manager looked so confused, and asked why I was taking personal calls at work. Hah, if only I were that normal.

So yeah, my unnecessary, extensive knowledge of random US area codes earned me a new friend that I’ve never met and possibly never will meet! I was quite excited to learn that those few brain stems aren’t just wasting away, so unneeded. What random facts or pointless skills have benefited you recently? I’d like to hear.

UPDATE: I met my new friend today at work! He worked out an arrangement with the store and his event and he came in for a slice today! He was pretty cool. We were talking about school and church back in California, twas a good time. I wanted to give him a hug, but I decided against it. Perhaps another time. Also, he looked exactly how he sounded. Does that even make sense? Well, you know how you kind of can imagine what someone looks like based on their voice? Like radio personalities and such. Sometimes when you finally see them, they look nothing like you had imagined, like Tom Joyner and Bobby Caldwell were for me. Well not my Riverside friend. He looked just like he sounded, and that was nice. So score! I have actually met my new friend. It’s been a good day.